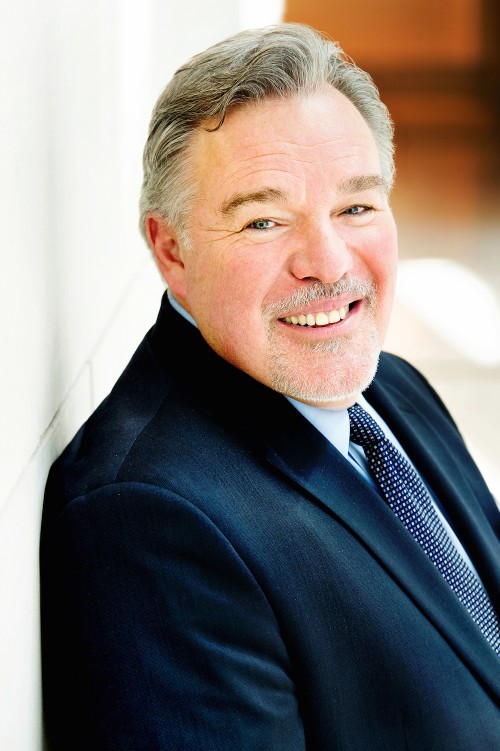 FROM BIG PHARMA LAYOFF TO LAUNCHING A CRO

When Renold J. Capocasale learned that he was being laid off by Johnson & Johnson, where he had worked as a research scientist for 16 years, he took swift and decisive action to transition into the next chapter of his career. Mr. Capocasale founded Doylestown, Pa.-based FlowMetric Inc. in March 2010, just months after being laid off in October 2009. FlowMetric is a niche contract research organization (CRO) that provides flow cytometry services to the biotechnology and pharmaceutical sectors. In launching FlowMetric, Mr. Capocasale drew on two decades of experience in the industry. At Johnson & Johnson’s Centocor division, he was part of the team that developed Stelara and Remicade, two drugs on the market today that are used to treat plaque psoriasis. He previously served as an associate research scientist at Medarex Inc., which was acquired by Bristol-Myers Squibb in 2009.

The CRO has quickly gained traction in the U.S. and Europe as a flow cytometry provider, a crucial and highly specialized component of pharma research. Mr. Capocasale has guided his small company to a number of significant milestones, including working with some of the biggest players in the industry and establishing a European division of the company based in Milan, Italy. He’s also planning to make his mark on personalized medicine by developing a mobile format for flow cytometry services.

According to Mr. Capocasale, the transition to leading a small company has been gratifying for him: “Every day the decisions you make matter. The results of your decisions are easily visible, unlike when you’re working at a huge company.”

In an interview with Ashton Tweed, Mr. Capocasale explains how he turned the end of his job at Johnson & Johnson into an exciting new opportunity to start his own international CRO.

First of all, what is flow cytometry?

Flow cytometry is the study and analysis of cells that have been fluorescently tagged with monoclonal antibodies, which allows researchers to understand the nature of the cells, the molecules covering a cell that makes that cell a specific type of cell. Basically, anything on, in or about the functionality of the cell can be studied using flow cytometry. Clinically speaking, flow cytometry is used to diagnose leukemias and lymphomas, which are cancers of the blood. Flow cytometry is also used to diagnose a certain type of anemia and to help distinguish various auto-immune diseases. In the pharmaceutical and biotech world, flow cytometry allows you to study and understand the effectiveness, safety and cross-reactivity of therapeutic drugs in the body.

What inspired you to launch FlowMetric?

In 2009, the industry was hemorrhaging jobs. Johnson & Johnson laid off 10,000 people at the end of 2009, about eight percent of its workforce. I was one of those laid off.

I took two days—literally—to decide what I wanted to do. I was completely transparent and told Johnson & Johnson that I was going to start a CRO. I took advantage of the two months I had remaining at the company and in that time period I wrote a business plan.

Because I worked for Johnson & Johnson, I always had a level of job security that made the risk of starting a CRO not worth the benefit at the time. But once I got laid off, it was easy to make the decision – it’s easy to make the right decision about which way to go when you’re on a cliff. I could have gone out and gotten another job, but for me that wasn’t an option. I absolutely dedicated my efforts to starting a company. I was lucky I had six months of severance from Johnson & Johnson and every day I worked on forming my company.

I incorporated FlowMetric in March 2010. I raised $2.5 million from a friends-and-family round of financing, and we’ve been profitable for two years now, doubling our income each year.

In December 2013, I spun off FlowMetric Diagnostics, a division dedicated to developing our own intellectual property in the realm of companion diagnostics. We have also launched FlowMetric Europe, a subsidiary of FlowMetric based outside of Milan, Italy, where we are doing the same work we do here in Doylestown – pre-clinical through clinical drug development projects for both American and European companies.

What kinds of companies use FlowMetric’s services?

About 90 percent of our clients are big pharma. If you look at the pharmaceutical sector in general, every major pharmaceutical company in the world has downsized. The process of developing a drug and bringing it to market is an extremely expensive proposition. And for every one drug that makes it, nine do not pass muster. Pharma companies are trying to reduce their costs wherever possible and make the process more efficient. So certain key expertise areas like flow cytometry are being outsourced.

Why did you base your European division in Italy?

My vision from the get-go was to have a European subsidiary, because American drugs typically are first vetted at the clinical level in Europe. It’s easier and quicker to get approval there, so I knew there would be a lot of work that would mirror our work here. We’d be able to take advantage of that work by offering an American company on a European shore.

Also, I’m Italian-American through my grandparents, so going to Italy was appealing. More importantly, I’m fluent in Italian and I thought that would be a great advantage in setting up an operation in Italy.

But we’re still a small company. Flow Metric has 15 people in the U.S. and another five in Italy, so everything is done on a close, collegial basis. We’ve had the folks in Italy come here to learn certain techniques and we’ve gone there at key moments in the formation of the division. In November, FlowMetric Europe will be starting our first clinical trial study with approximately 400 patients for one of the top 10 pharmaceutical companies in the world.

What’s the secret to FlowMetric’s success?

The number one reason behind our success is that we’ve stayed true to our core competencies. My goal has been to be the number one provider of flow cytometry services in our sector and we absolutely are experts in this field. Unlike many CROs that try to do everything, we excel because this is what we’ve always done.

We also offer high quality, fast turnaround and excellent customer service. I interacted with CROs as a scientist at Johnson & Johnson, but my colleagues in clinical worked with CROs much more. Prices that change mid-stream, lack of quality and late results—those three things were always issues, and that was mind-blowing to me. At FlowMetric, we are always true to our word. I can say that we’ve never delivered late and the quality always speaks for itself. My number one priority is to provide investor value, and closely tied to that, of course, is providing excellent service to the biomedical community.

We are developing a platform that should catapult us into the world of personalized medicine by providing flow cytometry services in a mobile format. We have a very promising future as a company that is creating a disrupting technology in our field and that will shift the paradigm as to the types of medical testing can be done in a fast, accurate and mobile platform – and that’s all I want to say about that at this time.

How do you like being based at the Pennsylvania Biotechnology Center of Bucks County in Doylestown?

I love it. The Center provides a collegial environment reminiscent of my days in big pharma and yet is also exciting and novel because approximately 40 other companies work out of the facility. Being at the Center is very satisfying because you’re helping other people. Other CEOs come to my office to talk about an idea or about how they should do something. Today I had lunch with the CEO of a small start-up who wants to pick my brain about my rules for success around raising money. He’s relied strictly on his own funds and now needs to go out and raise more.

What’s next for you as an entrepreneur?

FlowMetric isn’t a startup anymore, but I don’t have any plans to start another company. I did have two ideas that came up on my recent trip to the Amazon, however – I may have been bitten by the entrepreneurship bug.

Ashton Tweed would like to thank Renold J. Capocasale for this interview. If your company needs help from members of the Ashton Tweed Life Sciences Executive Talent Bank, we can supply that assistance either on an interim or a permanent basis. Additionally, if you are among the many life sciences professionals affected by the changes in the industry, Ashton Tweed can help you find the right placement opportunity — from product discovery through commercialization at leading life sciences companies — including interim executive positions and full-time placements. In either case, please email Ashton Tweed or call us at 610-725-0290. Ashton Tweed is pleased to continue to present insightful articles of interest to the industry. 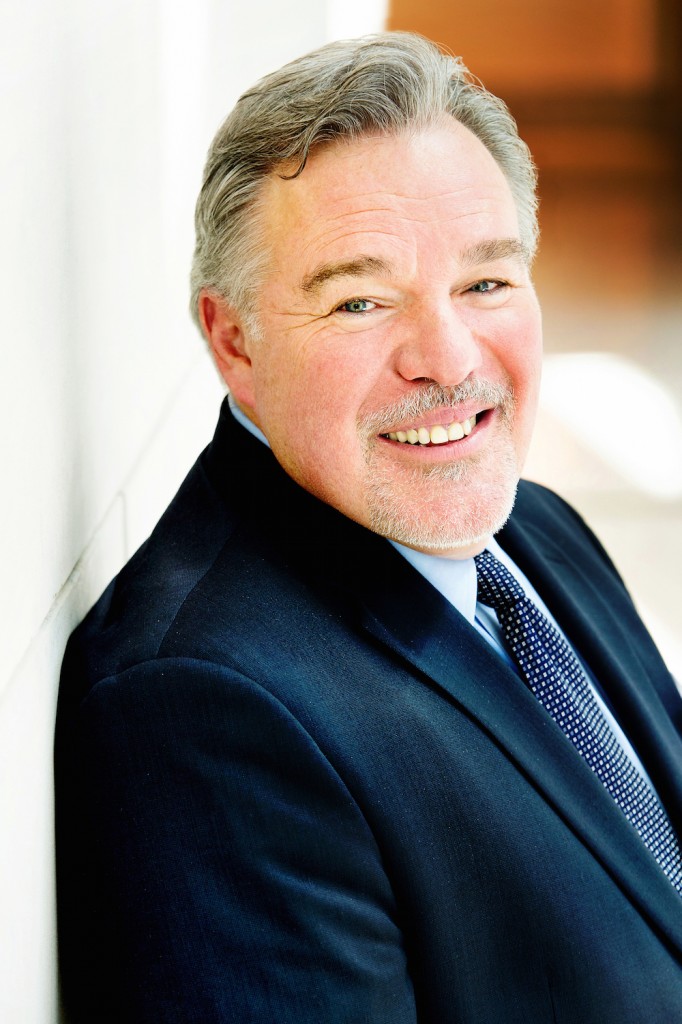 Renold J. Capocasale earned his degree in biology from Villanova University and also did coursework at the University of Pennsylvania School of Medicine. He has 20 years of experience as a researcher and immunologist, and is an adjunct instructor of microbiology and immunology at the Drexel University College of Medicine. Mr. Capocasale has published more than 30 scientific manuscripts in peer-reviewed journals, has co-authored a U.S. patent and often speaks at international pharmaceutical industry conferences. Marcum LLP and Philadelphia SmartCEO Magazine honored Mr. Capocasale as the 2014 Marcum Innovator of the Year for the Mid-Sized Biotech/Healthcare category. The Philadelphia Business Journal’s Life Science Awards named FlowMetric “Best CRO” in 2012. 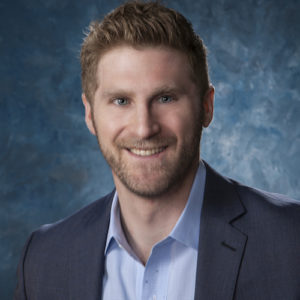 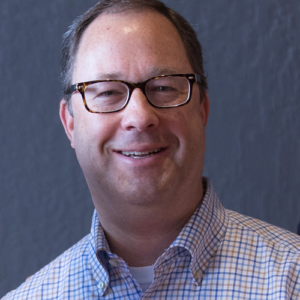 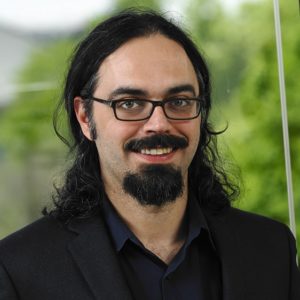 FROM SEED FUNDING TO FDA APPROVAL IN 20 MONTHS! The biopharmaceutical industry was abuzz earlier this month with the long-awaited...