Pfizer’s Lipitor was the top-selling drug

Stem cell controversy was at its height

CRISPR-Cas9 was not yet discovered

LinkedIn was just one year old

The first-generation iPhone did not exist 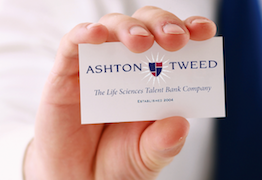 Read The Creation of Ashton Tweed to hear our full story!

LEARN MORE ABOUT OUR SERVICES:

Interim executives are the perfect solution for your company when in need of just-in-time talent to solve critical business needs. Convert fixed hiring costs into a variable expense as your business gains a fresh perspective.

Ashton Tweed’s life science executive talent bank is a unique service matching members to companies through our  retained executive search process. This ensures companies and candidates alike work with the best and brightest.