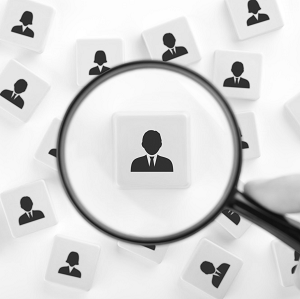 HOW A KEY CHANGE IN DIRECTION KEEPS THE ROLLERCOASTER GOING

Five years ago, Dr. Baruch Ben Dor compared starting up a company with a rollercoaster ride. His company, InfraScan Inc., had just received approval from the U.S. Food and Drug Administration (FDA) to market the Infrascanner™ Model 2000, a handheld device that rapidly and noninvasively detects brain hematomas. But InfraScan’s entrepreneurial journey has been anything but straightforward.

Dr. Ben Dor recently gave us an update on the twists and turns InfraScan has navigated since then.

The U.S. military and the sports world, including the National Football League, have started using the Infrascanner. Does that mean the rollercoaster is starting to level out?

It still continues to be a wild ride but at least the swings aren’t as sharp. Of course, if it were level it wouldn’t be fun.

What’s the hardest decision you’ve had to make?

We’re unique in the sense that while we’re an American company, most of our market is outside the U.S. We developed a device that works very well in places where there’s very little medical infrastructure—where people don’t have any other medical solutions. The hardest decision we made was to face this reality and to market the Infrascanner where it’s needed and not where others think it should be needed.

The Infrascanner has a lot of market potential and a lot of need around the world. After being focused on the U.S. market, we found an investor from Asia who saw the Infrascanner’s potential in the international market. The uptick we’ve seen in sales internationally and across the U.S. military branches has justified that decision.

It’s always easier to sell a better mousetrap, something that people already know. Our device is a new solution, so educating people about it remains our No. 1 challenge. When you’re introducing an innovative solution like the Infrascanner, you have to educate the market about your product and why it’s needed. So that takes time and money. We’re making inroads into certain markets but a lot of work remains.

Hiring For and Managing a Virtual Workforce