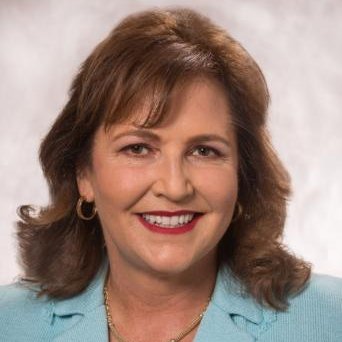 HOW TO MAKE TOUGH DECISIONS AND HELP OTHERS SUCCEED

Her efforts on behalf of Ipsen have paid off for both patients and stockholders. “Since my team and I got established in 2014, Ipsen’s stock price has doubled,” she notes.

Ms. Schwalm, who holds a seat on Ipsen’s Worldwide Executive Committee, has played management roles at all levels, including at Fortune 500 companies, and at times has been the first woman to hold a position.

In an interview with Ashton Tweed, Ms. Schwalm discusses how she makes tough decisions and why she’s committed to helping other women advance in the biotech industry.

You started out as a critical care nurse in oncology. How did you get into management?

I was studying to go to medical school, and while I was preparing to take my MCATs, I was approached by a medical device company to join them. I was just married to my husband, and we talked about it and decided that I should to try being a manufacturing rep for that device company. Long story short, I became the top rep because I understood how to drive value. I decided it was really my life’s work. I’d much rather be focusing on bringing new innovations to patients in a way that allowed me to be absolutely wedded to healthcare and apply the skills that came most naturally to me.

Why did you join Ipsen?

Ipsen had been working to become successful since about 2009. Company leadership approached me at the end of 2013. I met with members of the board, scientific officers, and the chairman of the board and a former CEO, and we discovered a shared commitment both to meeting unmet needs for patients in oncology, endocrinology and neuroscience, and to turning Ipsen around. I felt like I was a natural fit to help the company, which already had three assets that were commercially available.

What are your biggest challenges at Ipsen?

Our biggest challenge right now is managing very, very aggressive growth—we’ve been growing at a rate of more than 60 percent annually. We’re now the number one subsidiary for Ipsen globally, in revenues and profits, so our internal challenge is managing that growth. Growth is always a good problem to have – much better than contraction.

The second challenge for me right now is driving the external image and name of Ipsen in the United States and Canada. We’ve been busy focusing on taking care of our patients and getting our business up and running. Now it’s time for us to work on our external outreach, our work with policymakers, and getting Ipsen’s name firmly entrenched in the United States.

In the three years you’ve been with Ipsen, what has been your most important decision?

Our most important decision was to go it alone on our asset Somatuline Depot in neuroendocrine cancer and not partner in the United States. That was a very tough decision. Ipsen has had a history of being challenged in the U.S. market. For the shareholders and the board, it was a big decision because arguably that asset might have been better in somebody else’s hands. It was the toughest decision and it was the best decision that we’ve made. It’s defined the company’s future.

As one of my colleagues said to me, the most important thing you need to do around strategy is to play through and execute on the two or three most critical issues that will drive your success. Sometimes when situations are unclear, it’s easy to get distracted by all the noise, but the best leaders play through. It’s a golf analogy – and I don’t play golf – but I can visualize how to do that. I think it’s been very, very helpful advice.

What’s coming up for Ipsen this year?

We just completed the U.S. acquisition of Onivyde from Merrimack Pharmaceuticals. Onivyde is currently approved in the U.S. for a certain type of metastatic pancreatic cancer. It’s only the fourth approval for this most grievous illness in 20 years. It’s the single biggest acquisition that Ipsen has ever made. So we are very busy working through taking over immediate commercialization responsibility for that product. We’re very excited about it.

You’re involved in women’s leadership organizations, including the Women’s Leadership Board at the Harvard University’s John F. Kennedy School of Government. Why is it important to help other women?

I’ve been serving on the Women’s Leadership Advisory Board since 2007, and it’s been a humbling and a very exciting experience to work with C-suite leaders from around the world to shape public policy for women in leadership. It’s absolutely important to help everyone, including other women and other people who are not fully represented at leadership levels. I believe in the statistics that show when you have two or more women in leadership roles at the C-suite or at the board level, the dynamics change and the performance is better. So from a sheer business perspective, it’s the right thing to do. I’m also very grateful to the people who helped me and it’s my responsibility now to pay it forward.

What about women in the biotech industry specifically?

Statistics show that women still represent less than 20 percent— and in biotech probably close to 10 to 12 percent—of C-suite roles. There are many qualified women who can take on these responsibilities and I would argue that the industry has a great opportunity right now to bring the voice of half the world’s population to leadership positions, particularly given the purchasing power of women in healthcare. I’m hopeful that the industry is ready to make those changes.

What advice do you have for women who aspire to a C-suite position?

I’ve given this advice to many different women, including my own daughters: the most important thing that you can do as a woman who aspires to take on significant profit and loss responsibility is look for opportunities to take on the role of a general manager.

I also advise women to think through what’s most important for them in their life journey. Sometimes you need to find a way to say no to an opportunity – moving or taking on responsibilities – if you’re having a child or taking care of a parent. The best way to think about it is: “Maybe I can’t take on that role now, but I can take it on in the future.” And then be very specific about your life plan.

Do you ever look back and wonder what would have happened if you’d stayed in nursing?

Of course. My mother was a nurse and I did what I think is some of the most meaningful work on the planet helping people in life-threatening conditions, helping families deal with that and helping the medical system. But I’m clear that if I had stayed in nursing, I would not have been able to affect the lives of so many people and my family the way I do now. So I feel that I’m in the best of both worlds.

Ashton Tweed would like to thank Cynthia Schwalm for this interview. If your company needs help from members of the Ashton Tweed Life Sciences Executive Talent Bank, we can supply that assistance either on an interim or a permanent basis. Additionally, if you are among the many life sciences professionals affected by the changes in the industry, Ashton Tweed can help you find the right placement opportunity — from product discovery through commercialization at leading life sciences companies — including interim executive positions and full-time placements. In either case, please email Ashton Tweed or call us at 610-725-0290. Ashton Tweed is pleased to continue to present insightful articles of interest to the industry.

Cynthia Schwalm is the Executive Vice President, North America Commercial Operations at Ipsen. Ms. Schwalm has more than 30 years of experience in the fields of pharmaceuticals, biotechnology and medical devices, and most recently was Chief Executive Officer and President, Ipsen Biopharmaceuticals, Inc. from February 2014 until August 2016. She then was appointed to IPSEN’s Executive Leadership Team and her title changed to her current role. Previously, she served as President at Eisai Inc. and Vice President and General Manager of the Oncology Business Unit of Amgen Inc. Ms. Schwalm also held multiple commercial roles during her 18 years at Janssen Pharmaceuticals, a division of Johnson and Johnson, including General Manager of Ortho Biotech UK & Ireland. She is a member of the Women’s Leadership Board at Harvard University’s John F. Kennedy School of Government and the Women’s Leadership Initiative at University of Pennsylvania’s Wharton School of Business. Ms. Schwalm earned a bachelor’s of science degree in nursing from the University of Delaware and an MBA from Wharton. Ms. Schwalm and her husband live in New Jersey, and have two daughters.