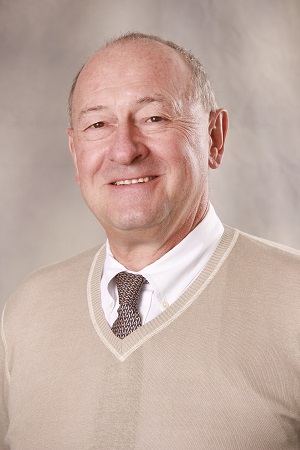 HOW TO CREATE SUCCESS AMID BIOTECH INDUSTRY’S UPS AND DOWNS

When Dr. Geert Cauwenbergh became the President and CEO of RXi Pharmaceuticals Corp., he brought decades of experience in the biotechnology industry with him, including more than 20 years at Johnson & Johnson and launching his own publicly traded company that was later acquired by Stiefel Laboratories. He could have taken it easy and traveled the world, one of his favorite pastimes, but instead opted to run a newly spun-out biotech business with a promising future.

Headquartered in Marlborough, Mass., RXi Pharmaceuticals Corp. (NASDAQ: RXII) is a clinical-stage company that has developed a therapeutic platform using the naturally occurring RNAi process, in which messenger RNA is destroyed before it is translated into a protein, to block the expression of a specific gene that may be overexpressed in a disease condition. RXi’s programs focus on dermatology, ophthalmology and cell-based immunotherapy applications to address significant unmet medical needs.

In an interview with Ashton Tweed, Dr. Cauwenbergh discusses why an early job with a chocolate maker wasn’t for him, his advice on how to succeed in the biotechnology industry, and finding opportunity in failure.

How did you go from working at a Belgian chocolate company to the biotechnology industry?

It sounds like you got your wish—you worked for Johnson & Johnson next and stayed there 23 years. So why did you leave to found your own company?

J&J is a great company and I am eternally grateful to it. But, if you want to get something done at J&J, it’s frustrating because your own ideas are always appreciated but not necessarily actionable. At some point, I proposed creating spin-offs from underused or underutilized ideas that J&J had. That was my first dab at the entrepreneurial side.

One day, a friend in venture capital suggested that I found a company and run it myself. I thought about it and said to my wife, “Maybe I should start my own company.” And she said, “If that is what you want to do, do it.” So that’s how I started Barrier Therapeutics, a spin-off from J&J that I created for myself.

Did you find running your own company to be a difficult transition?

Not at all. It was paradise.

What was your biggest challenge at Barrier?

In the beginning, it was a little bit tricky because I needed walking around money to ensure that I was able to attract venture capitalists. J&J had asked me to raise a minimum of $35 million; otherwise it wouldn’t give me its global license exclusives for the portfolio. My wife didn’t know that I had been spending between $100,000-$150,000 of our own money on plane tickets, wining and dining people, printing stuff, and buying access to market data. After about six months, I was able to raise $46 million instead of $35 million. And that was the end of me spending our own money.

What did you learn from that fund-raising process?

You have no idea how enriching it is—and I’m not talking about money now—to be able to be your own boss and to be forced to reach out. If you are an asocial individual, it’s not something you should do because you have to reach out and you have to find like-minded people.

You sold Barrier to Stiefel Laboratories in 2008 and were then invited to become the CEO of RXi. Why was joining RXi the right move?

A hedge fund manager called me and asked me to consider becoming CEO of a company being spun out of another public company. And that company had to go public immediately because the company spinning it out wanted to give shares to its shareholders.

So, I fixed a few issues and, in the process I fell in love with the technology. The RNAi is super-selective against messenger RNA. So, it will stop production of a particular protein and nothing else. It’s going to do dramatic things in medicine for mankind in the next five to 10 years. I’m convinced of that.

What are your biggest challenges at RXi?

Constantly raising money. Since 2002, I’ve raised a little over $300 million. And, sometimes, I think, “Do I have to go begging again?” I find it a challenge to all the time have to beg. I do like talking about the technology platform and usually when people give me the time to explain it, I get them enthused. But, very often, you only have 15 or 20 minutes to explain it.

What career advice would you give someone trying to advance in the biotechnology industry?

Number one, never say no from the get-go because you don’t know all the details. Having predetermined opinions without knowing the facts or all the details is usually not a good thing. So, when people who are generally intelligent say, “Look, we like this for a reason so hear us out,” then you should listen.

You need to be an optimist. If you’re a pessimist, don’t even get started. Take a job with the government so you can get your paycheck. Yes, there will be ups and downs in biotech. You go through the high period and then you go through a graveyard period where everything seems to go wrong. You need to be social and outgoing, but be prepared for good things and for bad things.

When people come to you because they believe in a technology, check to see if it’s scientifically sound—don’t throw it away from the get-go. Even if the technology is a graveyard, graveyards aren’t necessarily bad. You can learn from what is written on a grave and then do better.

Ashton Tweed would like to thank Geert Cauwenbergh for this interview. If your company needs help from members of the Ashton Tweed Life Sciences Executive Talent Bank, we can supply that assistance either on an interim or a permanent basis. Additionally, if you are among the many life sciences professionals affected by the changes in the industry, Ashton Tweed can help you find the right placement opportunity — from product discovery through commercialization at leading life sciences companies — including interim executive positions and full-time placements. In either case, please email Ashton Tweed or call us at 610-725-0290. Ashton Tweed is pleased to continue to present insightful articles of interest to the industry.

Geert Cauwenbergh was named President and Chief Executive Officer of RXi Pharmaceuticals Corp. in 2012. Previously, he served as Chairman and Chief Executive Officer of Barrier Therapeutics, Inc., a dermatology drug development company he founded in 2001, which was acquired by Stiefel Laboratories, Inc. in 2008. Dr. Cauwenbergh worked at Johnson & Johnson for 23 years where he held several senior management positions including Vice President, Research and Development for J&J’s Skin Research Center. Dr. Cauwenbergh is a former Chairman of the Board of Trustees of BioNJ and a current member of the board of directors of Cutanea Life Sciences and Moberg Pharmaceuticals. In 2005, was inducted into the New Jersey High-Tech Hall of Fame. In addition, he has authored more than 100 publications and served as a guest editor for several books on mycology and infectious diseases. Dr. Cauwenbergh received a Doctorate in Medical Sciences from the Catholic University of Leuven in Belgium, where he also earned a master’s degree and completed undergraduate work. He is a member of the American Academy Dermatology, European Academy Dermatology & Venerology, and the International Society of Human & Animal Mycology. He and his wife live in New Jersey, and have two children and six grandchildren.