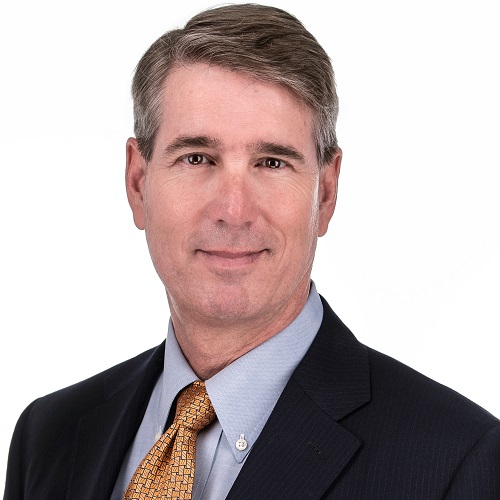 HOW TO TURN A COMPANY INTO A ‘TALENT MAGNET’

In the seven months since Robert E. Ward became Chairman and CEO at Eloxx Pharmaceuticals in Boston, the company is poised to launch two Phase 2 clinical trials for its lead investigational drug candidate, ELX-02, in cystic fibrosis and cystinosis.

Eloxx is focused on developing treatments for “nonsense mutations,” a class of genetic defects that result in premature termination of essential protein synthesis. Nonsense mutations have been identified in more than 2,000 rare and ultra-rare diseases. Eloxx’s lead product candidate, ELX-02, is a drug designed to restore synthesis of full-length functional proteins and is currently in clinical trials. Eloxx’s preclinical candidate pool consists of a library of novel drug candidates designed to be eukaryotic ribosomal selective glycosides identified based on read-through potential.

With all of this opportunity, Mr. Ward says one of his biggest focus areas as Chairman and CEO is attracting top employees to the growing company. In an interview with Ashton Tweed, Mr. Ward discusses his busy first year with Eloxx and his goal to make Eloxx a “talent magnet”:

You joined Eloxx at a critical time. What challenges has the company been facing?

It’s a very important time for the company and we’re growing quite rapidly. Eloxx is the only company undertaking clinical development to treat diseases where nonsense mutations are the underlying deficit for patients. We’re awaiting regulatory clearance to start a Phase 2 trial for ELX-02 in cystic fibrosis and another Phase 2 trial in cystinosis.

What do you consider your biggest challenge?

In biotechnology today, the biggest challenge is recruiting, retaining and engaging the right talent.

Moving rapidly through the development of novel drugs requires effective working relationships with regulators, key opinion leaders, investigators, patient advocacy groups and a technology network that supports these programs. We have a wide range of partners that we work with, and people who are able to sustain innovation are people we believe have high potential. So becoming a magnet for attracting talent is one of the keys for sustaining biotech success.

How many employees does Eloxx have?

We’re just over 20 employees now and we expect to double in size as we move through the year.

What qualities do you look for in people who can sustain innovation?

Could you give an example of a favorite interview question you ask to help find the best candidates?

One of the key areas we focus on are examples of times when individuals have overcome challenges or helped to bring a group of individuals together as a team. Biotechnology is a complex and challenging field so it’s very common to face problems. When people run into problems, are they able to stay solution-focused and reach out for diverse perspectives? Are they also comfortable understanding that no single person has all the answers? It’s really a question of finding people who can give us insights that lead to solutions and then create opportunities for them to contribute.

Radius Health grew significantly while you were President and CEO. How did making the company a talent magnet contribute to that growth?

When I joined Radius Health in 2013, there were only six employees. When I left in 2017, there were 650. We went from being an under-the-radar biotech that no one had heard of to the fastest growing biotech company in Boston, according to The Boston Globe. If you look at companies that run into trouble, it’s companies that lose talent. Without the right people, the company won’t succeed.

When looking for people with a track record of success—where success is defined as delivering on the project but also creating a culture that supports collaboration and innovation—people reach out to those they know who are effective and great to work with. It’s a cycle in which high-talent individuals know other high-talent individuals and they bring them in. And it’s really that talent engine that drives the company growth.

You mentioned that Eloxx is also poised for significant growth. How do you plan to make Eloxx a talent magnet?

We’ve just attracted three new leaders to the company whose experience will really help the company change more rapidly. Neil Belloff, who came in as General Counsel, was at Celgene during its periods of most rapid growth. David Snow, our Chief Business Officer, was President of AstraZeneca’s China business, the fastest growing business unit for AstraZeneca and now the second largest multinational presence in China. Then there’s our new Chief Operating Officer, Greg Williams, who brings a long track record of successful drug approvals.

Finding a group of individuals with successful biotech track records, as well as Big Pharma experience, who also share our views on creating a place for high potential individuals to fulfill their destinies, is what makes a great company.

So, what’s next for Eloxx?

We’re getting our Phase 2 trials started and it will be our first in-patient study where we’ll be looking to identify the right dosage. We’re keenly aware that many eyes are on this program and we want to make sure that we pursue it in the right way and move as expeditiously as possible. We’re really looking forward to the data that we hope to gather over the next year or two.

Eloxx will be the next high-profile biotech company in Boston and I believe this for a variety of reasons: success in the clinic, an interactive investment opportunity for those who want to invest in biotechnology, and a pipeline with great potential to develop important medicines. We’re looking to raise our profile quite a bit in the next year.

Ashton Tweed would like to thank Robert Ward for this interview. If your company needs help from members of the Ashton Tweed Life Sciences Executive Talent Bank, we can supply that assistance either on an interim or a permanent basis. Additionally, if you are among the many life sciences professionals affected by the changes in the industry, Ashton Tweed can help you find the right placement opportunity — from product discovery through commercialization at leading life sciences companies — including interim executive positions and full-time placements. In either case, please email Ashton Tweed or call us at 610-725-0290. Ashton Tweed is pleased to continue to present insightful articles of interest to the industry. 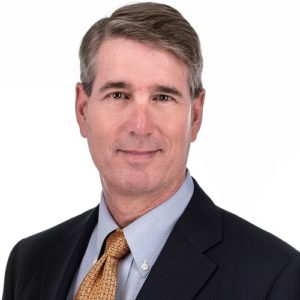 Robert E. Ward joined Eloxx as Chairman and CEO in December 2017. He previously served as the President and CEO at Radius Health where he successfully completed the company’s initial public offering and raised more than $780 million from private and public investors. Mr. Ward has held a series of management and executive roles with companies including NPS Pharmaceuticals, Schering-Plough (Merck), Pharmacia (Pfizer), Bristol-Myers Squibb and Genentech. He has been a Director of Akari Therapeutics, Plc since 2016 and chairs its Governance Committee. He also currently serves as a Director of the Massachusetts High Technology Council. Mr. Ward earned an B.A. in Biology and a B.S. in Physiological Psychology from the University of California, Santa Barbara, an M.S. in Management from the New Jersey Institute of Technology, and an M.A. in Immunology from the Johns Hopkins University School of Medicine. He lives with his family in the Boston area.